OddBird stands with the Black community in demanding change. Make a donation, and OddBird will match it.

Amazing talk by Miriam Suzanne at the Beyond Tellerand conference about the benefits of using plain CSS instead of heavy library for your grid! Very useful and inspiring. Thanks!

Right from the start, Beyond Tellerand was unlike other conferences. Rather than hearing familiar talks about familiar technology, the first day took us on a journey through web annotations, intricate illustrations, design for non-designers, robots with personality, stop-motion tinkering, and programatically-generated art.

I spoke on day two, followed by “bleeding edge” accessibility, large-scale projection-mapping, the women who built the internet, and a lesson on ethics in tech. How could I even begin to match the inspirational scope of these other presenters, while talking about layout?

I couldn’t – but I did have some fun. Inspired by the generated art from Jared Tarbell and the Levitated Toy Factory, I picked one of his art pieces to recreate with CSS variables (aka custom properties) and CSS grid layouts. 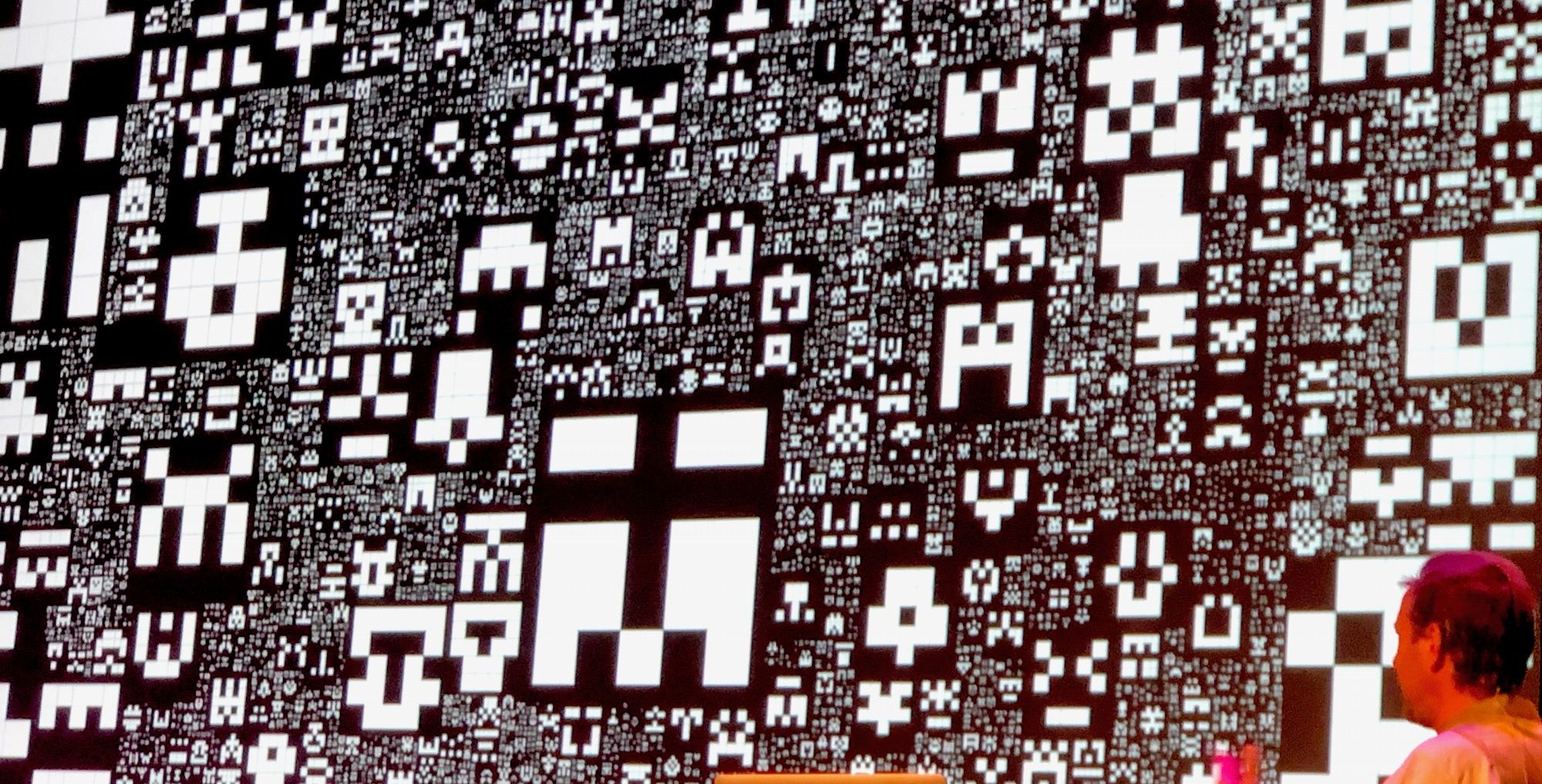 I spent that evening studying his image, and translating it into HTML and CSS. My first draft relied heavily on :nth-child() selectors, leading to an absurd 3MB CSS file. By adding custom properties in the HTML, I was able to streamline things dramatically. This second draft relies on HAML to generate the required HTML for a static (but responsive) result.

That went over well at the conference, but I decided to improve it after the conference was over. By moving the component logic into Vue, I could interact with the controls dynamically – and animate the changes: shuffling, resizing, and more. Finally, I pulled in an Asteroids-inspired browser snippet so you can destroy your creation. Enjoy the invasion!

I highly recommend watching the other talks. Here are a few of my favorites: